Zion Lutheran Church is a longstanding church in this community. Its origins can be dated back to the turn of the twentieth century and the arrival of many Swedish immigrants to this place. Initially, those wishing to attend Lutheran services gathered in neighbors homes, hotel lobbies, or school houses. For many years, the only official church authorities came in the form of itinerant clergymen passing through on the Canadian Northern Railroad.

Zion Lutheran was initially known as the Swedish Evangelical Zion Lutheran Church and was formally organized in 1904, with most services performed in the Swedish language. Zion was the first organized church in the Warroad community, though several other denominations quickly followed. In 1909, Reverend H. O. Hemming of Roseau helped establish the church within the community by seeing to the construction of an official church building in 1909. Albert Berg generously gave a portion of his land on the riverbank to build a church, and in August 1909, Martin Mikkelson and a large group of men assembled by Hemming began the erection of the building. Between 1911–1913, there were multiple renovations and additions to the church, including a new bell added in 1912. 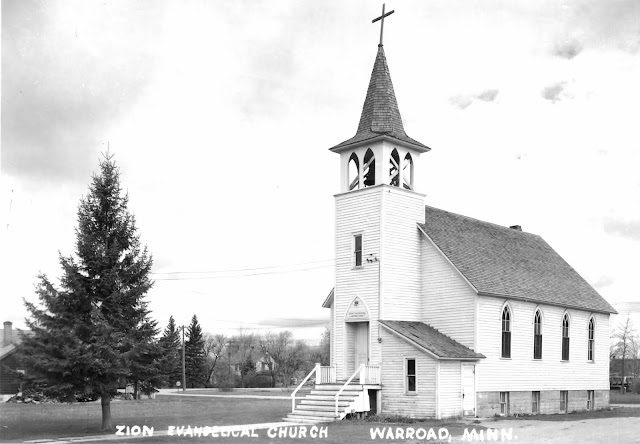 Rev. Arvid F. Hoorn was the first pastor in residence around 1915. Known to be a good carpenter, Hoorn served the church during the Spanish Influenza pandemic of the late 1910s and was often accompanying Dr. Parker from house to house to provide guidance, comfort, and food. He was also responsible for creating the Luther League, responsible for engaging young people in community Lutheran studies and activities. Another club was the Gleaners, typically a women's organization that took on even planning and hosting and miscellaneous cooking and cleaning tasks around the church.
Over the next several years, the congregation grew and shifted, while reverends and pastors came and went. In August 1924, Rev. Herbert Bjorkquist became the pastor in residence, presiding over a congregation that now included people from Graceton and Spooner every third Sunday. The Evangelical Lutheran Immanuel Church of Swift was dedicated in October 1926. Bjorkquist married a local woman named Anna Augustson before he left the parish sometime around 1927. 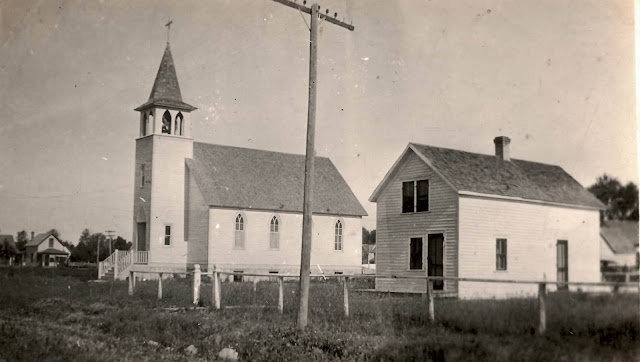 At this point, Rev. John Erickson, sometimes called "The Blind Evangelist," took over the services. Erickson served the church for 10 years during which the Great Depression hit many people hard. The men of the church began hosting their lutefisk suppers beginning in 1932. In 1936, the church hosted a six-day tent meeting. The 1930s saw the beginnings of a religious conflict between fundamentalism and modernism, a division seen to be part of a broader social conflict between the cities and the country. In this view, the fundamentalists were country and small-town dwellers who were reacting against the progressivism of city dwellers.
Erickson left the church around 1937, upon which Rev. Royal Peterson took over the pastoral duties. He held Bible studies every Wednesday evening while overseeing a type of Bible school in Middleboro, Canada. In 1940, the ladies' organizations in the church were growing, with the Young Women's Missionary Society removing "Young" from its title to encourage older women in the congregation to remain in the church group. Another group, the Clearriver Ladies Aid, also formed in 1940. At this time, pastoral duties were taken up by student Pastor A. Harr Erickson.
Numerous reverends and student pastors passed through Zion between 1941–1947. By then, the church had become entirely self-supported by the congregation and was being served by Rev. Anton Lundeen, Vice Pastor Rev. Seastrand, and student pastor Trevor Sandness. In 1948, church services were halted for two months due to undesirable weather and road conditions. Then, in 1951, the decision was made to merge the Swift church with Zion, and with the addition of many new congregants, a junior band was formed.

By 1952, it was becoming apparent that the building could no longer support the 300+ church members. A motion was approved in 1953 to build a new church with funds from the sale of the Swift church building. Although almost $44,000 was pledged for the construction project, plans were delayed due to the poorly-attended services of 1955 due to bad weather and crop failure. By 1956, the first cornerstone of the building was laid and a year later, the new Zion Lutheran Church was completed in downtown Warroad.

In 1958, familiar Pastor Paul Gustafson became the pastor of Zion Lutheran. He would serve the church continuously through 1987, overseeing the building of a new parsonage building in 1960 and installation of a new Allen electric organ in 1962. During the Vietnam War, Zion provided several men for deployment overseas. The church sponsored two young men—Chea So Trankechhiv and Nou Vong Dara—through a nationwide resettlement program in the 1970s aimed at helping South Vietnamese and Cambodian refugees fleeing to America.

The building saw many ups and downs over the last few decades of the twentieth century. A fire in 1979 seriously damaged the parsonage building, while the church saw to the installation of new seating arrangements and plans for an illuminated cross on the building. The building of new classrooms was completed in the early 1980s, with plans made for future additions should the need arise (and it did). 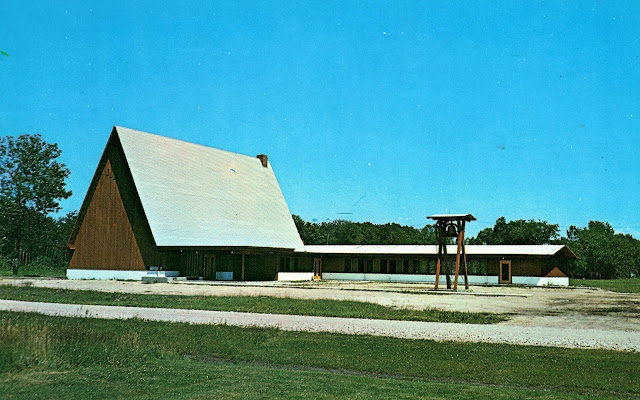 Upon Pastor Gustafson's retirement, the church saw a couple interim pastors, Truman Daniels and Kwen Sanderson, before the position was filled by Pastor Bruce Wilder, formerly a pastor at Christ the King Lutheran Church in Richmond, VA (Warroad Pioneer 01/17/1990). In 1992, Interim Pastor David Pretty oversaw the church for a year via an interim pastoral ministry position. In 1993, the husband and wife duo, Michael and Karen Holmberg-Smith, came to Zion as pastor and associate pastor respectively. Just three weeks into the job, Pastor Michael underwent open heart surgery for a double by-pass operation; he nearly suffered a heart attack. Pastor Karen reported that "If he would have had a heart attack, he would have been dead." (WP 10/26/1993) Karen was now faced with the duty of leading the congregation in her husband's absence. The health scare tested their marriage and their resolve as pastors, but their role in the church and as spouses was only strengthened by the ordeal.

Zion Lutheran worked hard to include all ages in its services and programs. The WINGS program (Witness In God Service) met weekly and reported in 1993 that for three years it had operated with an average of 120 kids in attendance. Similar to the AWANA program, WINGS sought to teach children  aged 3-grade 6 about the Lutheran faith and employed Bible memorization alongside fun activities. Other youth and teen organizations in the church spent the next few years supporting miscellaneous projects, engaging in fundraisers and mission trips and even attending an ELCA youth conference at the Georgia Dome in 1994 (WP 09/13/1994).

In 1995, the church began seriously considering renovating the church building to make room for the growing number of congregants. This proclamation was followed by several years of discussions and planning until in March 2004, Kairos Association was hired to do a feasibility study to determine the needs of the building. In the middle of that period, Pastor Michael stepped down to the position of Associate Pastor while Pastor Karen took on the fulltime position as Senior Pastor. Meanwhile, in 2002, Terri Knudson became the church youth director. In 2003, Pastor Michael officially retired from ministry, leaving the congregation in the capable hands of his wife. He passed away in 2006 at the age of fifty-eight. 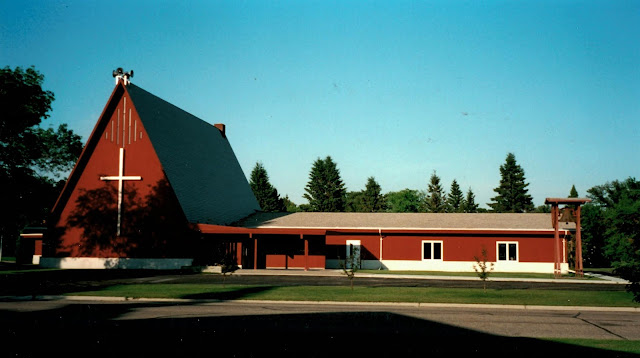 Between 1904–2004, Zion Lutheran had grown quite a bit. In a centennial book released by the church, it listed that within the time frame it had performed approximately 699 marriages, 2,148 baptisms, 1,446 confirmations, and 876 funerals. It had seen the passing of some 38 pastors, vice pastors, interim pastors, interns, and summer seminarians since 1904. And still, Zion continued to be active in the community.

Pastor Karen was well-known for her involvement with various women's ministries and in counseling. In her early years in Warroad, she worked with VIP (Violence Intervention Project) and served as an advocate for victims of violence. She told the Warroad Pioneer in 2004: "Women in the community sometimes find it easier to talk with a female pastor about issues of domestic violence," (WP 03/17/2004). In the same month, Zion offered its third annual Health Fair, coordinated by Parish Nurse Jeanne Laugtaug. In June 2004, Zion celebrated it's centennial.

In 2006, the church decided it was in need of a new building for its growing congregation. The building it resided in was now 50 years old and could not longer meet the needs of the current church community. It was estimated that a new building would cost somewhere between $2.5 and 2.8 million. The property for the new church was purchased on a 4.2 acre plot on Nelson Street, and the church began fundraising for the necessary money. In July 2007, Pastor Karen retired from ministry. The position was filled quickly by Pastor Jeanne Dahl, of which little information is known by the Heritage Center staff.

In 2008, fundraising was still ongoing when the recession hit, sending property and construction prices soaring; the church now needed more money than it had initially planned for to make its dream building a reality. It wasn't until 2015 that Zion's congregation voted to proceed with a three-phase building plan. The shell of the building was built in June of that year, with phase two consisting of the siding of the building, and phase three dealing with the interior's completion. The building consisted of 15,000 sq. footage with a sanctuary seating 270 people, the fellowship hall with a kitchen "twice the size as the current location offers," and a educational section of the building providing administrative offices and six classrooms to be divided into smaller sections as necessary (WP 06/23/2015). Zion went through a few pastors between Pastor Karen's leaving and 2015. Notable pastors included Pastor Krehl Stringer, who moved to Warroad from Indiana. He was present for Zion's 2015 day of service and the Oktoberfest celebration that fall. In late 2016, Pastor Krehl left the church and was replaced by Rev. Mary Gilthvedt.

The new church was completed in 2017. While contractors had been hired to built the initial structure, much of the work on the church was completed by churchgoers. "Whether they fastened flooring, pounded nails, laid tile, painted, put in interior windows, strung several thousand feet of coax wire, climbed scaffolding or provided lunches, coffee breaks, or encouragement, many hands—too numerous to mention—put in...untold hours to help," (WP 03/28/2017). The Pioneer noted that this well-embodied the motto of Zion Lutheran: "God's work, our hands." In June, it was officially announced the the old Zion building was purchased by the Warroad Community Church.

The new building was dedicated on September 10, 2017. And just like that, Zion was officially established in its new location on Nelson Street. The building was a project that had begun over a decade before, in 2006. Zion has grown and transformed since 1904 all the way into the twenty-first century and shows no signs of stopping even today. Here's to another hundred years, Zion!

The Warroad Heritage Center is excited to start this new church series with the community, but we can't always rely on archival information for the whole story. Please let us know if we've missed any milestones in Zion's history and be sure to look out for our next installation. Until next time! 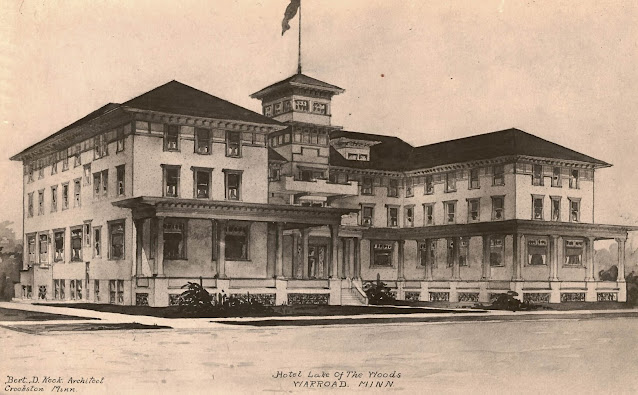 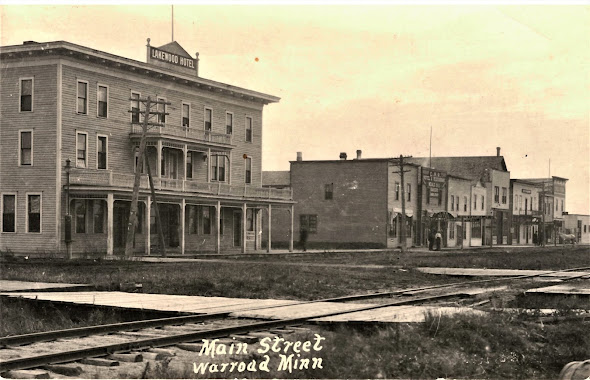